What is the density determination of liquids?

A density meter is a measuring device that determines the “density” (ρ), which is the ratio of mass m to volume V. It is measured in g/cm³ or kg/m³.

Due to thermal expansion, the density of a substance strongly depends on its temperature. The SCHMIDT + HAENSCH density meter VariDens enables precise measurement of density while stabilizing the sample temperature. Our density meters work according to the oscillating U-tube principle: The oscillation frequency is observed in a hollow body, from which the density value is electronically calculated. This measuring principle is shown in the graphic below. 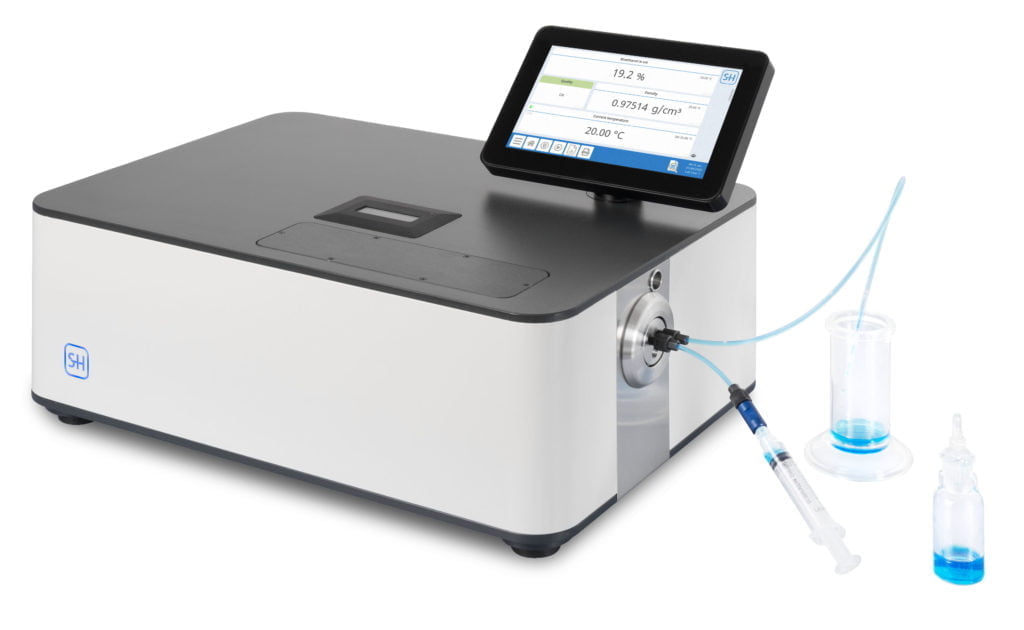 Determination of true and apparent density

The true density is the density of a substance that is obtained when the vacuum mass is divided by the substance’s volume. It is independent of external conditions, such as buoyancy in air or gravity. While the apparent density of a sample is weight in air per volume, all SCHMIDT + HAENSCH density meters measure the true density. 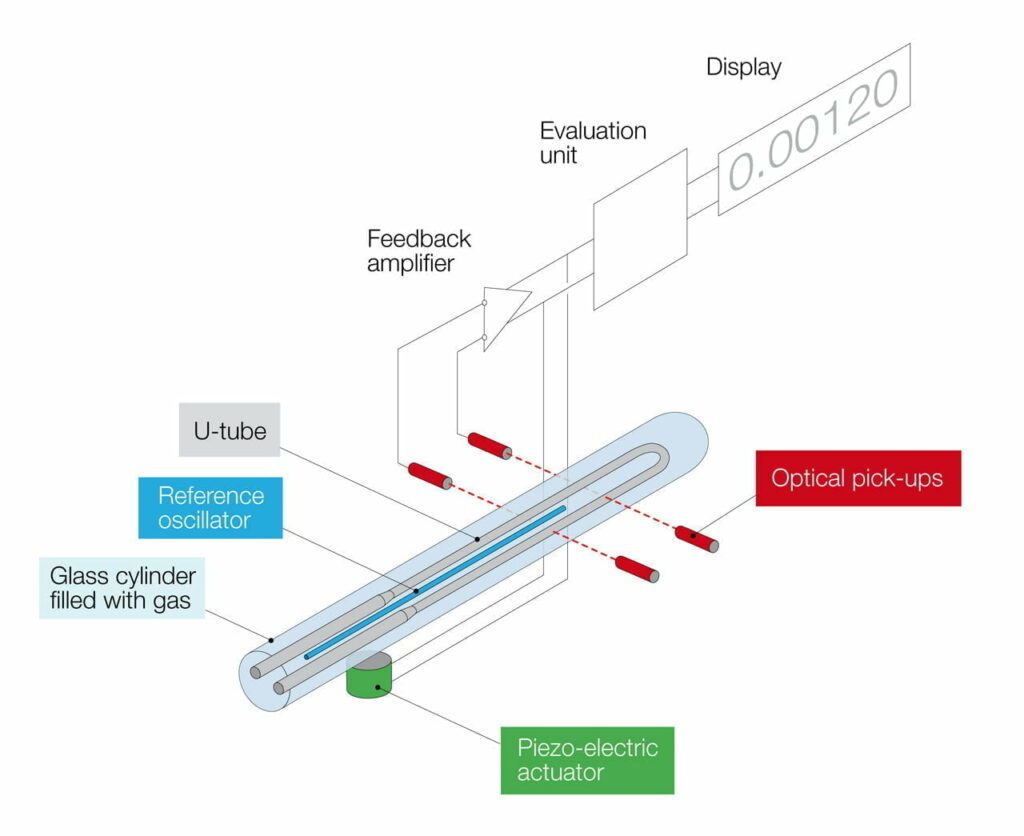 How are the liquid samples measured?

Overfilling the oscillator beyond the storage points has no influence on the measurement. For this reason, SCHMIDT + HAENSCH density meters can also be employed to measure the density of sample media that flow through the tube (continuous measurement).

A definite correlation exists between the refractive index and the composition of many two-compound solutions. The best-known example for such a mixture is a solution of sucrose in water, which has been studied thoroughly.  The refractive index of a refractometer can be scaled so that the value directly indicates the dry substance in % RTS. For sucrose, this unit is also named Brix (abbreviation Brix).

The density of samples can also be determined refractometrically. As a rule, density and dry substance correspond to each other in optical measurements.

Refractometers convert the measured refractive indices into concentration or density.

Do you have any inquiries regarding our density meters?

We will be happy to answer your questions. 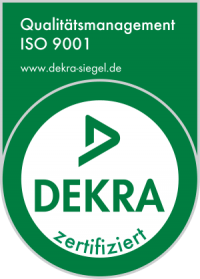